One week in Exmouth

For many years students of the Geschwister Scholl Schule have been visiting Exmouth in England. Exmouth is a port town in East Devon. In May and June this year the pupils of the 8th grades went again and stayed with host families.

Songül Subasi interviewed some pupils after the trip to England.

Songül:     How was the ride to England?

Pupils:    The ride was fun and cool. But it was long! The ride took 16 hours. Most of the time we were sleeping. The ferryride was boring though.

Pupils:     The host families were really nice. We especially liked our rooms. The rooms had been prepared for us and they were nice and clean.

Pupils:     It was totally beautiful! There was a beautiful beach and the shops there were cute too. There were very nice houses, the most beautiful of them are situated on a hill. It was great going to the beach in the evening.

Songül:     During your stay in England you visited different places. Where did you go?

Pupils:     We did a tour through Exmouth to get to know the town and when we arrived at the beach we were happy, because it was beautiful. Moreover, we visited Dartmoor, Brixham, Exeter and London.

Songül:     What was the best about England?

Pupils:     The best place was London! But the very best thing was that went there together as a class. We also liked that our host families didn’t live that far away from each other, so we could meet up easily. 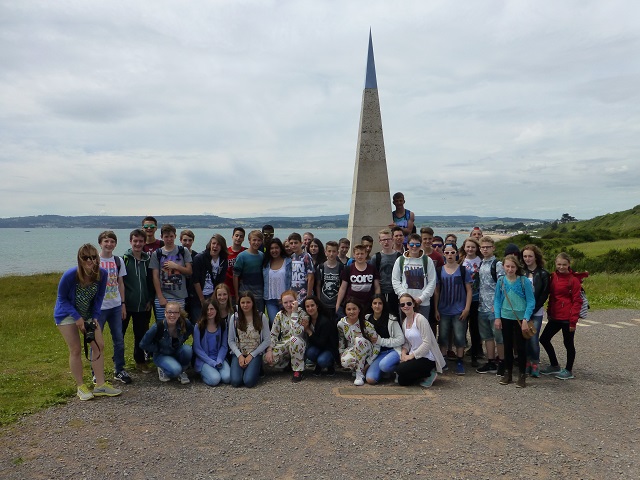